Drawing on their texts, Jahnke laments the destruction of our natural world.

The anchor for this collaborative project was Te Tomokanga o te Ua featuring Hone Tūwhare’s Rain on the walls and stacked fluorescent tubes within the portal. The tubes of light reference the roimata pattern in the infinite repetition of pattern into the structure as well as up and down uniting Ranginui and Papatūānuku.

Roimata Toroa (tears of the albatross), refers to the Toroa’s remarkable ability to drink salt water by expelling the salt out of its nostrils. Toroa is also a wanderer and Roimata depicts the seabird pining for its distant homeland and breeding ground.

In tukutuku form, Roimata Toroa tells the Ngāti Porou story of the two sacred albatross that accompanied ancestor Pourangahua in bringing the kumara to Aotearoa. The pattern speaks of the misadventures of travellers who take shortcuts in haste to get to their destination. Its pattern is formed with stitches that fall vertically, like albatross tears, representing impending catastrophe. 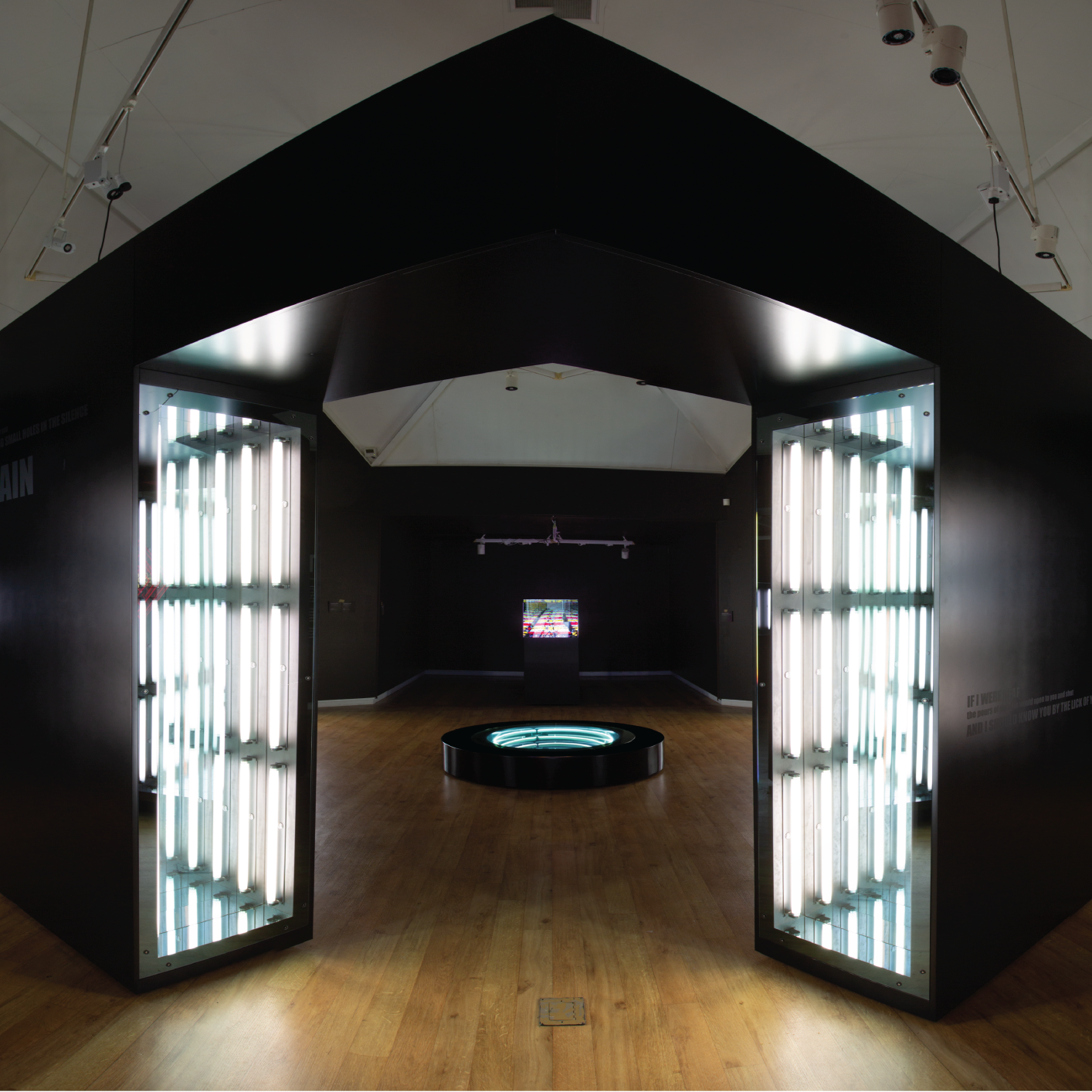